If you’ve been keeping up with the news, then you’ve probably seen quite a bit about Facebook lately. So what really happened?

Back in 2014, a psychology professor at the University of Cambridge built an app called “thisisyourdigitallife”. The app offered personality predictions and passed itself off as “a research app used by psychologists.”

Now, this part is important to note. Whenever people sing into a service using Facebook they knowingly give the app access to some limited information (This is something that users do regularly.) In a routine audit, Facebook found that the app was sharing users’ information with others, which is in direct violation of Facebook’s Platform Policies. Once they realized this, Facebook instructed them to delete all the information they’d collected.

The reason this is back in the news now is because there is speculation that the data was not completely deleted. Facebook is looking into this as you read this. SCL / Cambridge Analytica has been suspended from the platform pending a review of the allegations. Here is the official statement from Facebook Newsroom dated March 19, 2018: 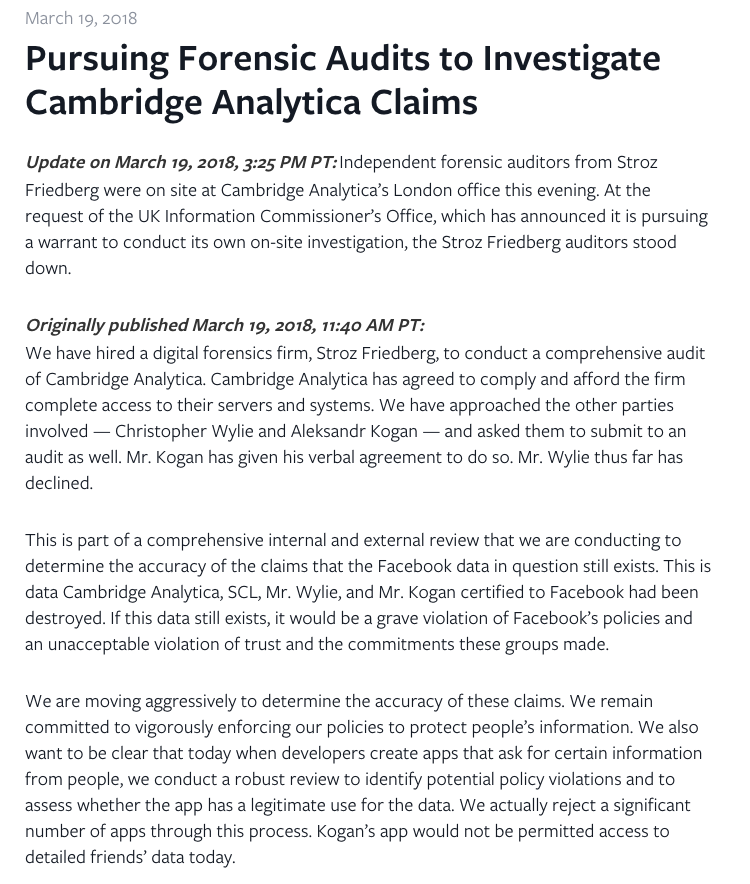 What can we learn from this?

Although Facebook works hard to ensure a safe environment for its millions of users, it can’t guarantee your complete and total safety. No social media outlet can do that. So while it is a great tool for people and businesses alike, it cannot keep our information 100% safe 100% of the time.

Let’s use this as a reminder to be careful what kind of information we’re choosing to share online.