Any good business owner can tell you the hard work one has to go through to start their own company. They can tell you how many restless hours they have put in night and day to see their passion come true. Not only do they need to be able to manage their team, but they also need to continue to nourish their customers. All this while still having the time and the ability to keep track of the company’s current and future finances.

ADKF is an accounting firm with 9 partners & over 25 years of experience helping individuals, local, and non-profit organizations with tax & audits. They understand just how much of an impact a successful business has on its owners, employees & their families, and the community when directed with thoughtful change.

ADKF needed a brand that represented them as advisors in their industry while staying true to their origins. They know firsthand what business owners/entrepreneurs/founders need are not all the same, and therefore needed to develop custom solutions based on their specific business goals by offering face to face interactions with their partners and the supporting team.

Part of what makes ADKF different from their competitors is the dedication they have to client success. The ability to have 9 partners working at the firm gives business owners access to a bountiful of resources. We worked with ADKF to identify their three brand attributes as Adaptive Leaders, Trusted, & Personable, and to define a brand strategy true to both their roots and their future. 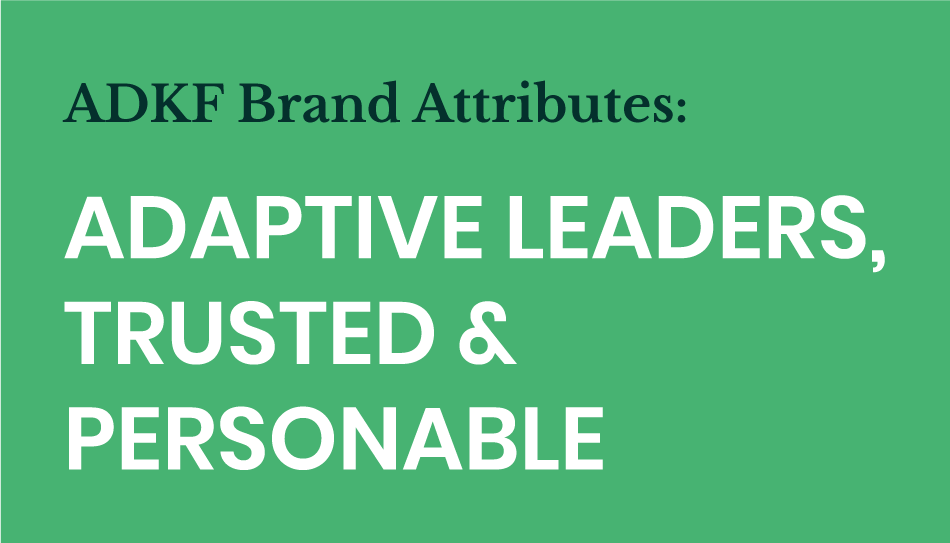 Brand messaging is a purposeful, consistent expression of a brand through words and styles that inform, engage, and motivate. The interpretation of a brand is determined by the words they use and the sentences they write.

The ADKF brand voice is Relatable, Thought-provoking, and Informative while the tone of ADKF is Helpful, Warm, and Confident. All this led us to the company’s message “With you all the way”. 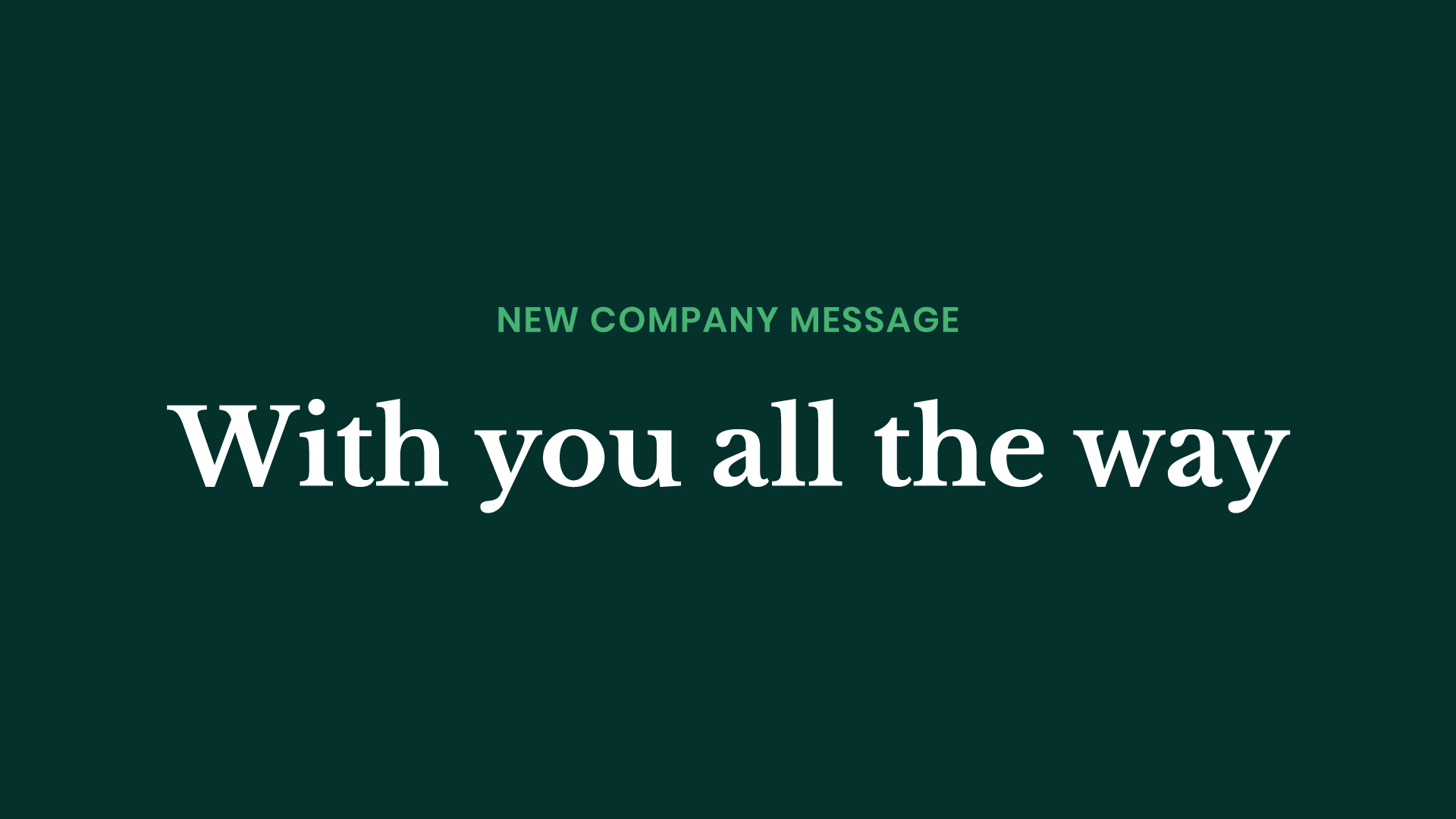 After developing the ADKF’s core brand attributes it was known that we were going to need to create a new identity that was consistent. ADKF struggled in the past with their current identity being confusing since it was based on the 4 founding partners Akin, Doherty, Klein, & Feuge but now the company has 9 partners and the founding partners were looking to move on and enjoy a new chapter in their lives, Retirement. This begged the question of how do we produce a new identity that continues to express the foundation that the 4 partners created as well as communicate their new direction as being a guide for business owners/entrepreneurs/founders in tax & audit

The Meaning Behind the Icon 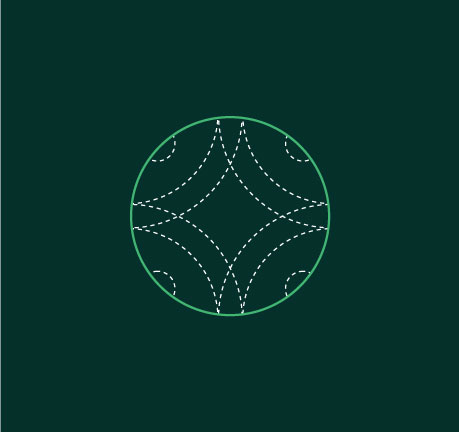 Represents how the company should act as a whole. 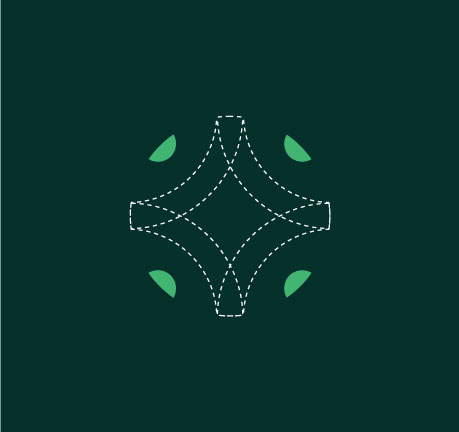 The 4 half circles are meant to represent Akin, Doherty, Klein, & Feuge. 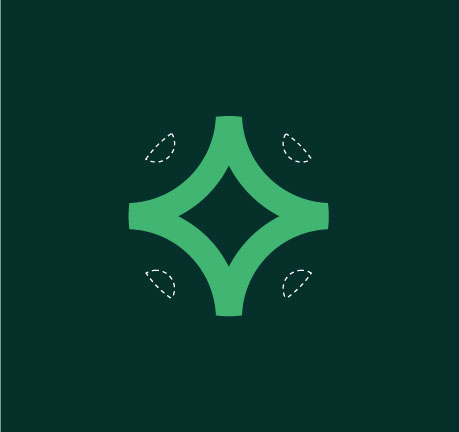 It is a landmark, that helps those who follow it determine direction as it glows brightly to guide & lead toward a purposeful destination. 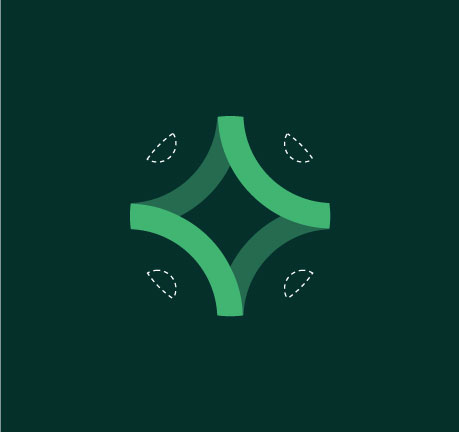 Represents how the company should be more transparent  & collaborative in their internal communication. 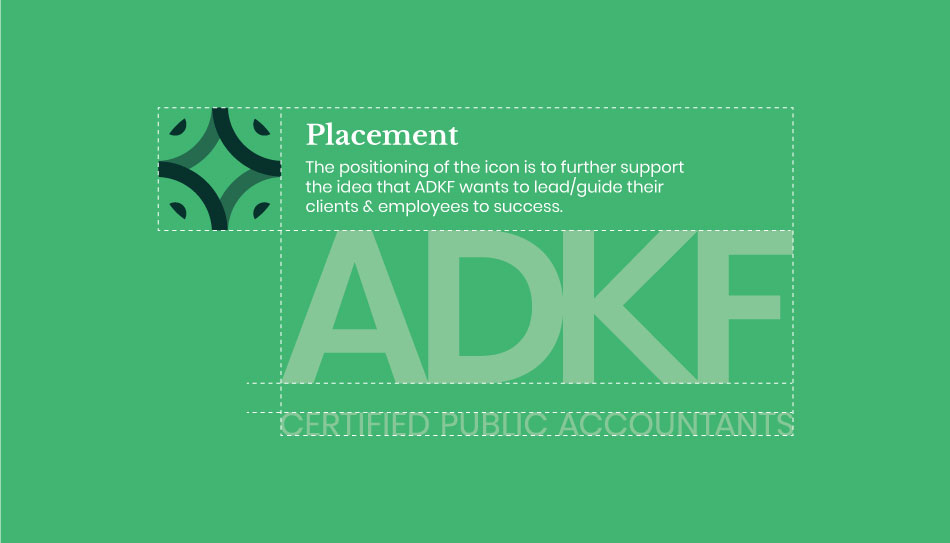 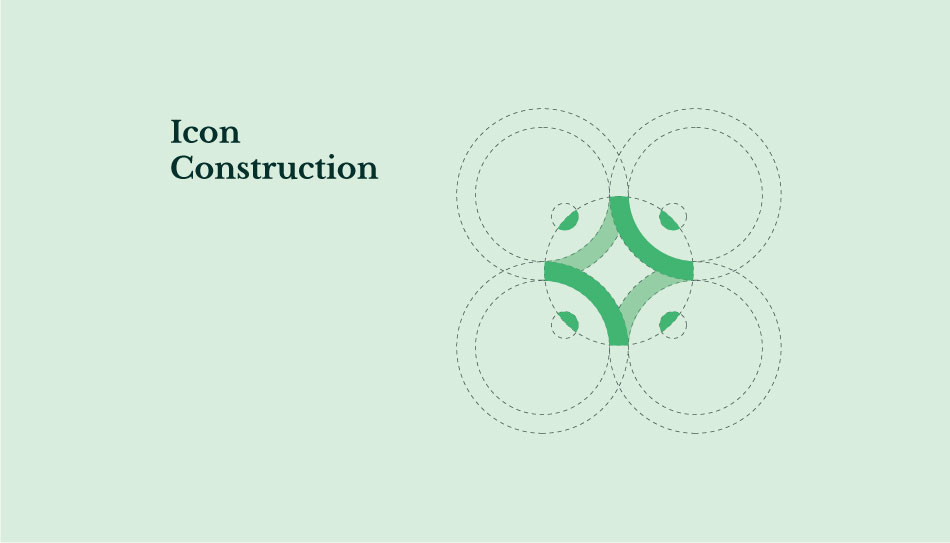 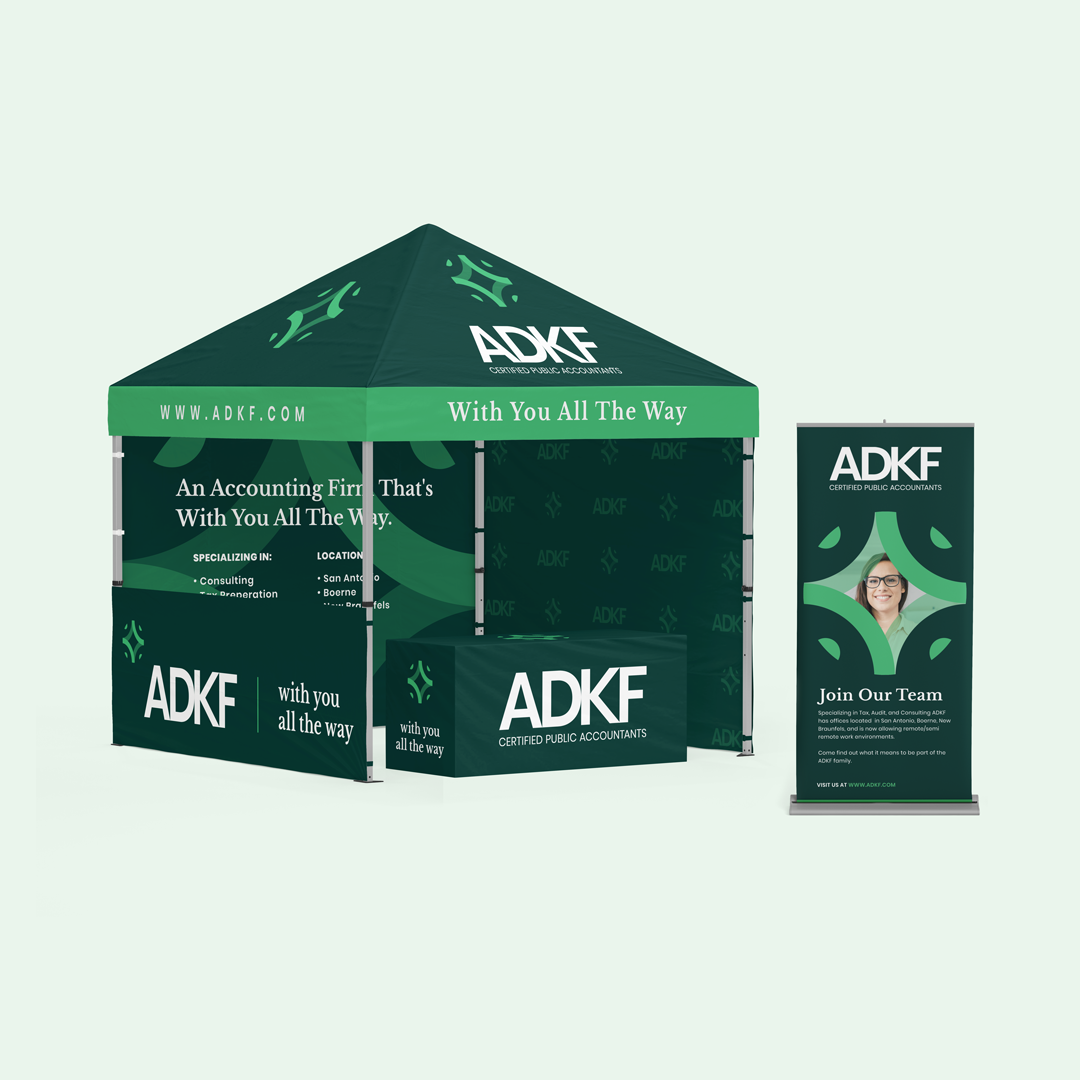 Over the past several years, ADKF hit some incredible goals and made some BIG changes; which ultimately led to growing out of their headquarters! ADKF reached out to us once more to collaborate with the physical design creation, direction, and guidance while implementing the branding throughout the office’s interior spaces. This was a much-needed breath of fresh air for both clients and employees that finally allowed ADKF to showcase the importance and meaning behind the brand. 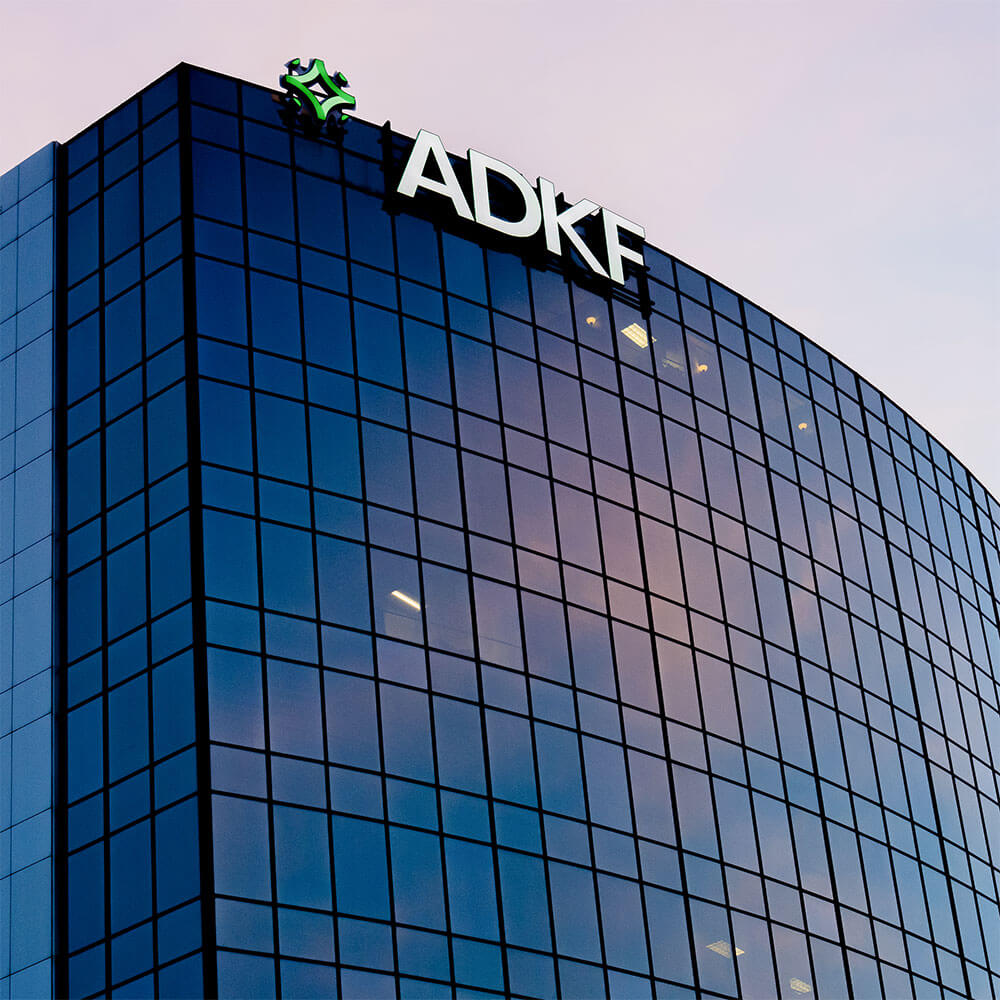 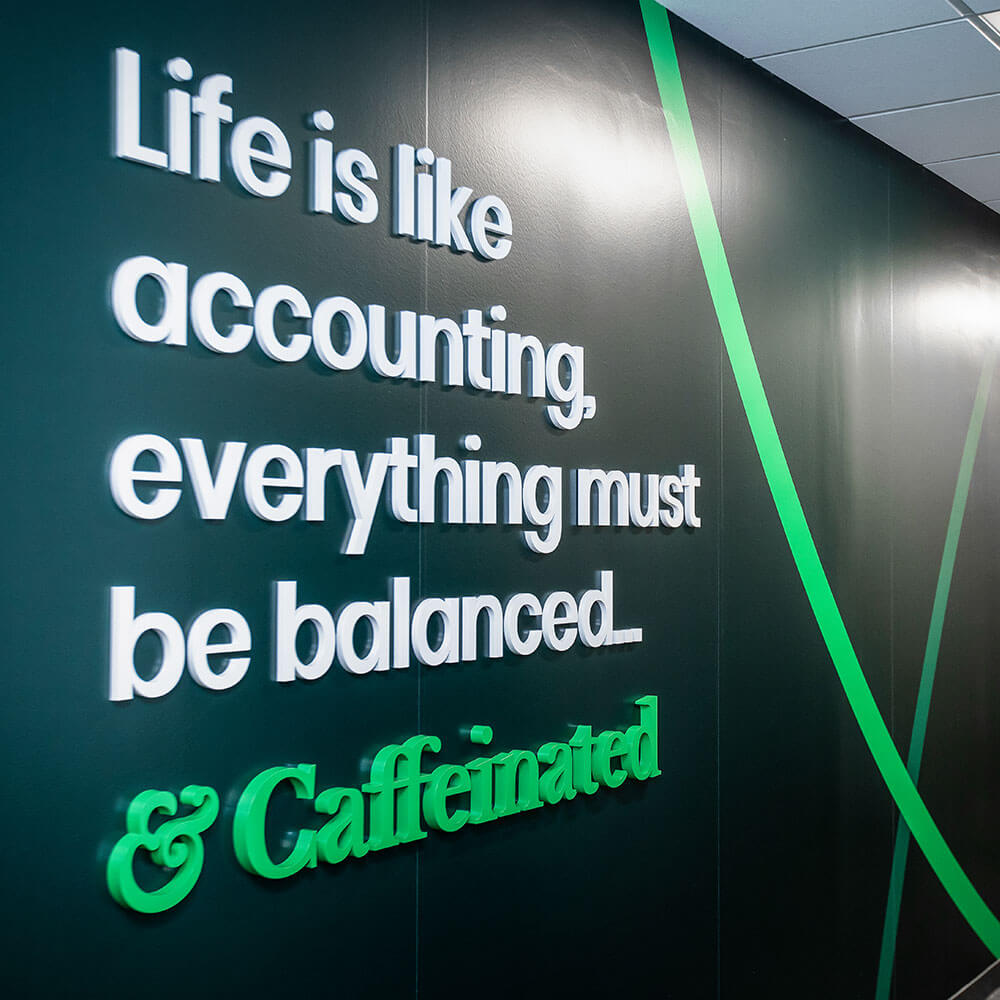