The 7 Functions of Advertising: Brought to You by Coca-Cola

The 7 Functions of Advertising: Brought to You by Coca-Cola

We’re bringing you a perfect example of successful advertising, straight from an old school textbook, to guide you through your brand journey and make the most of your marketing efforts.

Without further ado, here are the seven functions of advertising, as illustrated by Coca-Cola’s very own brand journey.

The First Function: Identifying and Differentiating Your Product From Others 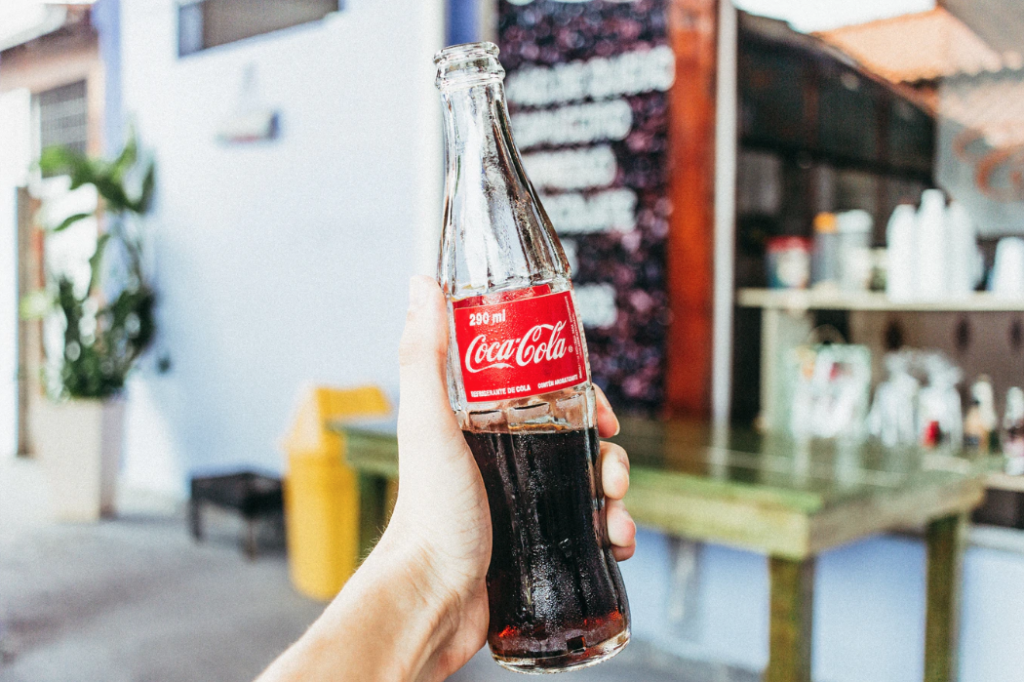 The year is 1886 and two dudes, John Pemberton and Frank Robinson, are sitting in a lab mixing up some syrup.

At this point in time, their syrup has no name and that was a pretty big problem. Luckily, our guy Robinson had an idea: Why not call it what it is? So from then on, it was called Coca-Cola, after it’s two main ingredients (coca leaves and kola nuts). Robinson, being the clever guy he is, felt that “the two C’s would look well in advertising,” so he created the iconic logo we all know and love, and he never looked back.

By creating a solid brand, Pemberton and Robinson carried out the very first function of advertising: identifying and differentiating their product from others.

The Second Function: Communicating Information About Your Product, Its Features, and Its Place of Sale 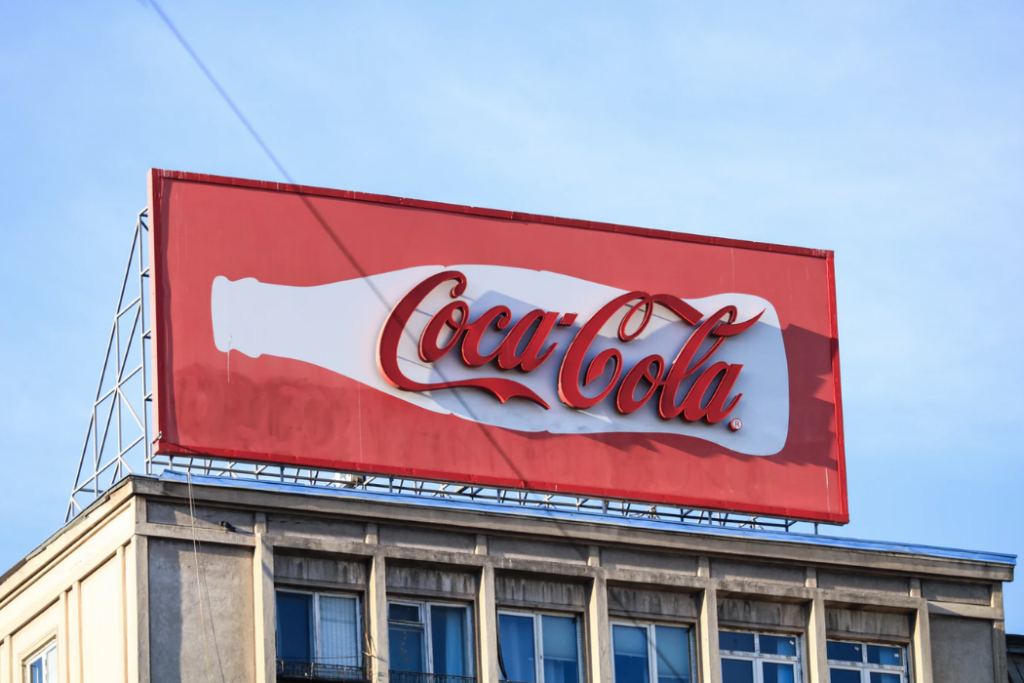 At first, our two favorite dudes sold Coca-Cola at a local pharmacy, but they soon ran into an issue: People weren’t really sure what Coca-Cola was. So, they created signs that included the word “drink” as well as some descriptive words like “delicious, exhilarating, refreshing, and invigorating”. They also included the cost and where it could be purchased.

In doing so, they checked off the second function of advertising: communicating information about a product, its features, and its place of sale. 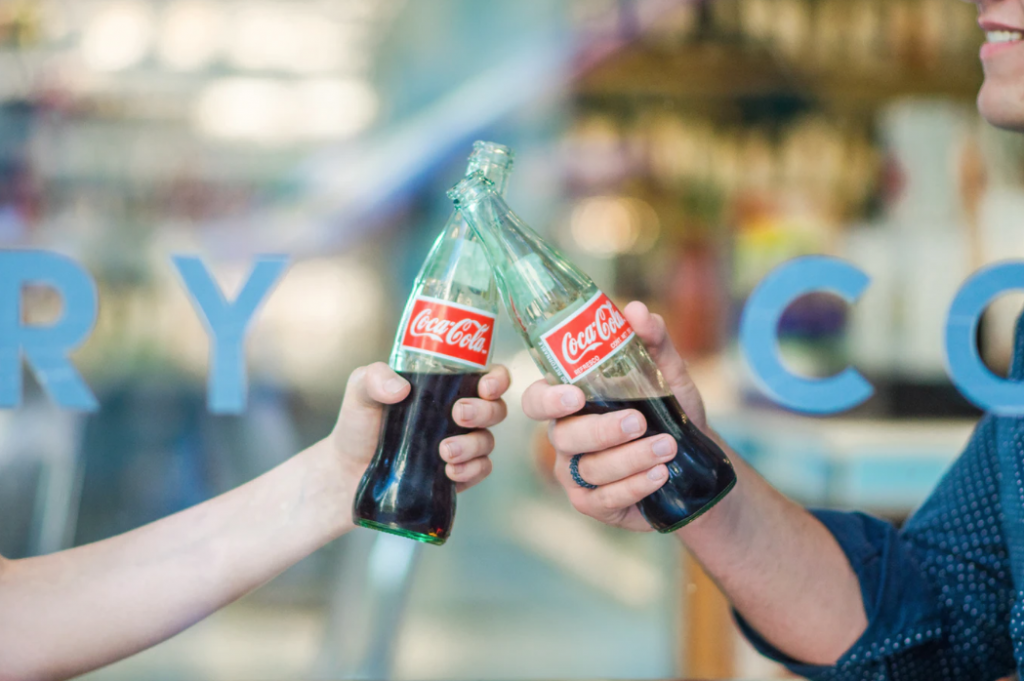 Of course, Coca-Cola continued to grow from there, but only because of the marketing efforts carried out by Pemberton and Robinson.

They knew they needed to continue getting the word out about Coca-Cola, so they did it in every way they knew how. Pemberton and Robinson passed out coupons for the drink themselves. They sent coupons in the mail. And they even offered free Coke to the soda fountains that sold their drink. You can call it old fashioned, but we call it successful.

By going the extra mile, the duo performed the third function of advertising: inducing consumers to try their product and return for more in the future.

The Fourth Function: Stimulating the Distribution of a Product 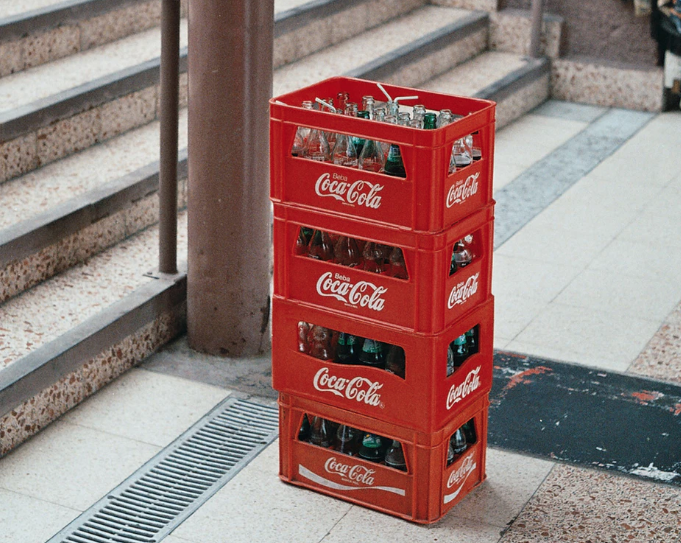 It was obvious that Coca-Cola was a success in the U.S. by this point, but the duo had no plans to stop there.

Coca-Cola started running ad campaigns in other countries to bring awareness to their product. Before long, they started opening bottling plants all over the world. In addition, they gave franchise owners a bit of control over the product- they were able to tweak the recipe and marketing strategy to fit local tastes.

You guessed it: Coca-Cola successfully exercised the fourth function of advertising: stimulating the distribution of a product.

The Fifth Function: Increasing Product Use 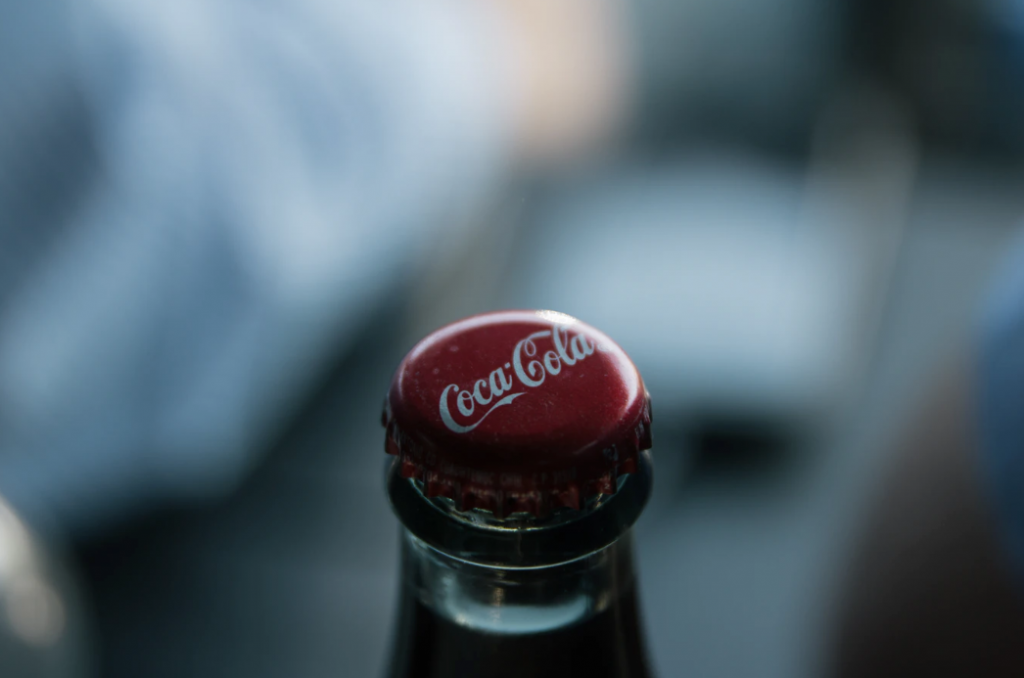 It wasn’t all rainbows and unicorns, though. The 20th century brought many challenges to the Coca-Cola team.

Competitors like Pepsi and Moxie came into existence and cut the market share substantially. And on top of that, the sugar rationing brought by both world wars posed a serious challenge for Coke production. They didn’t let this stop them, though! Coca-Cola convinced the U.S. government to give troops Coca-Cola to boost morale (and keep their company afloat, of course). Surprisingly, this method worked, and Coca-Cola even became the official military supplier of the time, allowing them to create 64 more bottling plants near the front lines.

This tactic definitely paid off because, upon their return, soldiers preferred Coca-Cola by eight to one over Pepsi. By strategically blending American patriotism into their marketing strategy, Coca-Cola carried out the fifth function of advertising: increasing product use. 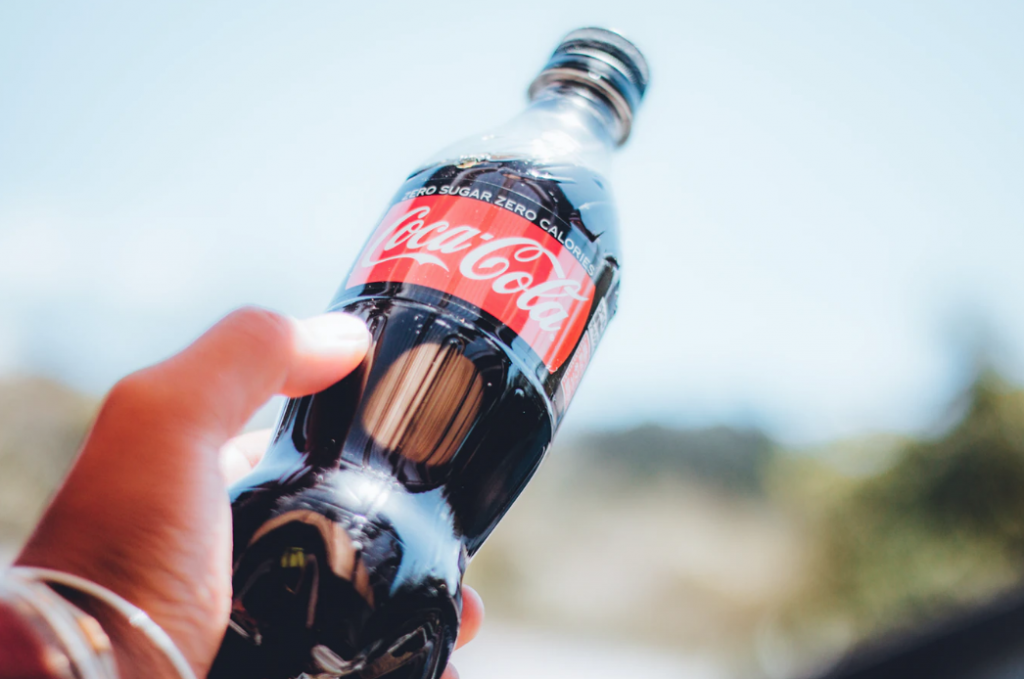 Over the years, Coca-Cola has employed a number of strategies to battle competitors. Unfortunately, not all of them were successful.

In the 1980s, Coca-Cola conducted blind taste tests against Pepsi (which they lost). Miraculously, this didn’t knock them from their top spot. What really sold Coke was the perfectly crafted marketing communications strategy they had for so long. Consumers felt good when drinking Coca-Cola, and that kept them coming back for more.

This is a great example of how Coca-cola used the sixth function of advertising: building brand value, brand preference, and loyalty.

The Seventh Function of Advertising: Lowering the Overall Cost of Sales 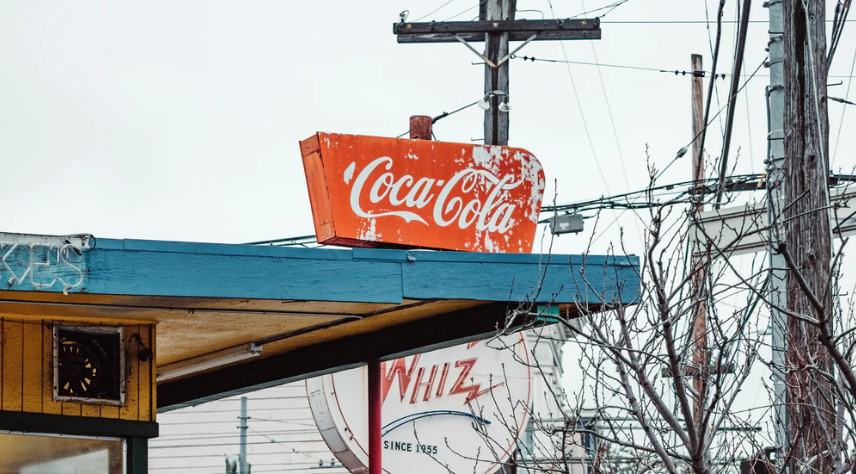 What’s the one thing every company strives for? Spending less and making more.

That’s exactly what Coca-Cola’s marketing strategy has always been. Rather than trying every single marketing technique out there, they stuck to what they knew best: communication. Their advertisements are always simple and straightforward, yet equally intriguing on an emotional level. Coca-Cola knows how to connect to their people and it has definitely paid off.

By doing what they know best, Coca-Cola carried out the final function of advertising: lowering the overall cost of sales.

Okay, cool. Now you understand the seven functions of advertising. That’s truly great. But why are we showing you all this basic stuff?

Because sometimes, going back to the classics pays off and helps us do our best work. It’s called classic for a reason, right?

Forget all the fancy advertising tricks you learned and go back to the beginning of your marketing knowledge. What are the fundamental concepts of marketing and advertising? What worked well in the past? Take some time to go back and play with those fundamental principles- you’ll be surprised where it takes you!

Ask yourself: Does my marketing strategy follow these 7 functions? If so, what modern techniques can I use to elevate it? And if not- how can I make sure it does?

If you made it this far, you’re probably on a roll today. Why not check out our other post on advertising to keep it going? Oh, and don’t forget our super-crazy-awesome-resource-filled newsletter comes out tomorrow! See ya there!(;